Clyde has been riding a Q Tech 4 from Quiver for as long as we have been making them. Here is some inCide information you might find useful.

“I have been using the inCide blank in all my boards for the last 3 years. I originally really liked the Solomon S-Core boards and for me it feels similar but has some key benefits which I don’t feel I get from any other board (Except new urethane blanks) that seems to last as long as it has with an inCide blank.

It feels like I’m using a brand new board every time I take it out. I don’t mean it feels different every time I use it but it feels like a board that’s only been used a handful of times. The feeling you get as the board accelerates through from a bottom turn and then drives as you pump along the wave just doesn’t end – the acceleration out of the bottom turn is much faster than any other board I have used. You can feel the board storing energy (flexing – due to the carbon fibre core and no traditional stringer stopping flexion) and really releasing that energy as you pump up the face of a wave, in standard constructed boards this feeling fades after time and use of a surfboard. The boards I have had made using the inCide blanks are incredibly light and feel snappy and responsive. I have had the same couple of shapes that I have used for the last few years in both PU and now inCide and the current (inCide) boards are the best ones I have used and that can only be because of the change in construction.

It’s the toughest board construction I have ever had – it really is solid. I have travelled extensively with the original board I had made with an inCide blank (California, France, Spain, Portugal twice, North East Uk) and trusted it to the carriers at airports and taken some heavy waves and its relatively undamaged. It has some lights compressions from me using it but these are relative to use and have not increased from about the first month of use. Unlike normal foam it is not full of air so it can only compress a certain amount because there is a solid carbon core. Although it is more expensive than standard board construction I feel the extra costs are justified by how long these boards have lasted and how useable and new they still feel. My first board is still going strong 3.5 years on and a normal board would last me 1 year or maybe 1.5 before I would start wanting a new board as it felt less lively. The combination of EPS foam, a carbon fibre core and epoxy glassing make it technologically more advanced than anything else I’m aware of in the market at the moment. 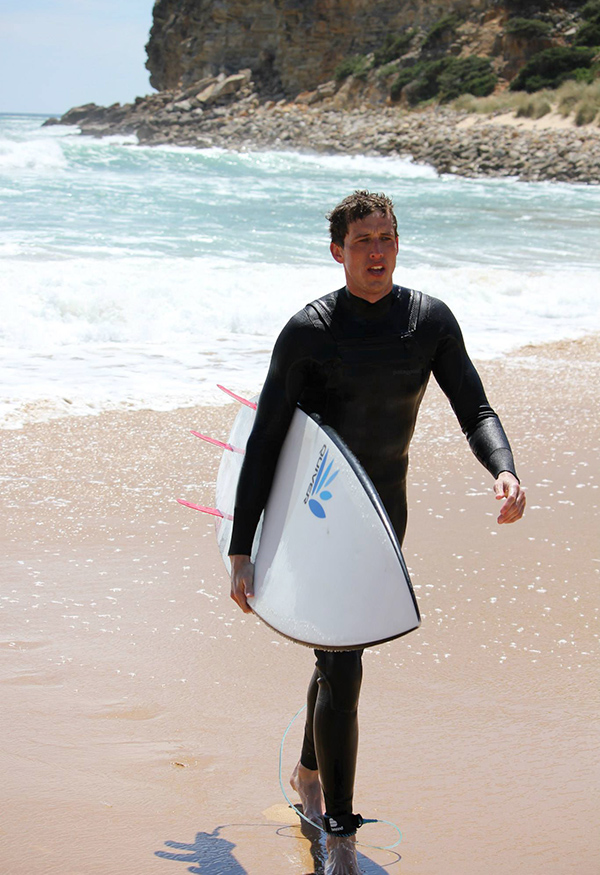 This website uses cookies to improve your experience. We'll assume you're ok with this, but you can opt-out if you wish to.Accept Read More